As a divided U.S. Supreme Court handed down its largest victory for same-sex marriage advocates ever on June 26, crowds flooded the steps at City Hall to bask in the rainbow glow. 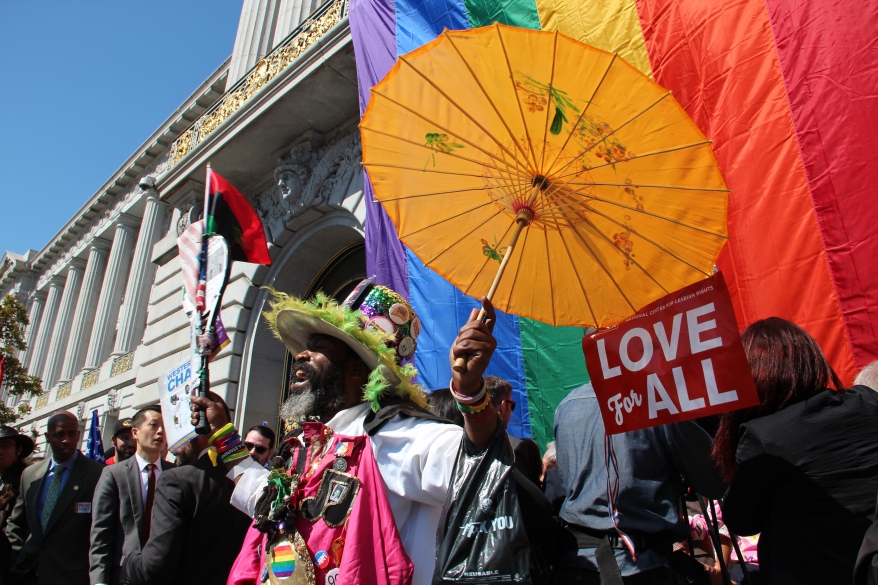 Crowds began gathering at 8 am on Friday, June 26 and stayed close to noon. Several couples were also married the same day. (photos by Ted Andersen) To the naked eye, every news organization on the planet showed up to get reactions from politicians and LGBT activists.

Former SF Mayor Gavin Newson, now Lt. Governor of California, was the first to issue marriage licenses to same-sex couples in 2004, which many view as a watershed event for the series of victories that led to Friday’s U.S. Supreme Court ruling.